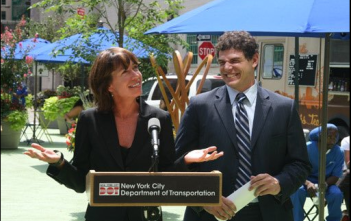 The Downtown Brooklyn Partnership (DBP) is about to begin a new phase in its development, as its president prepares to step aside. The DBP has announced that president Tucker Reed will leave on August 5, following five years at the helm of the organization, which has spearheaded the rapid change that has characterized the neighborhood. […]