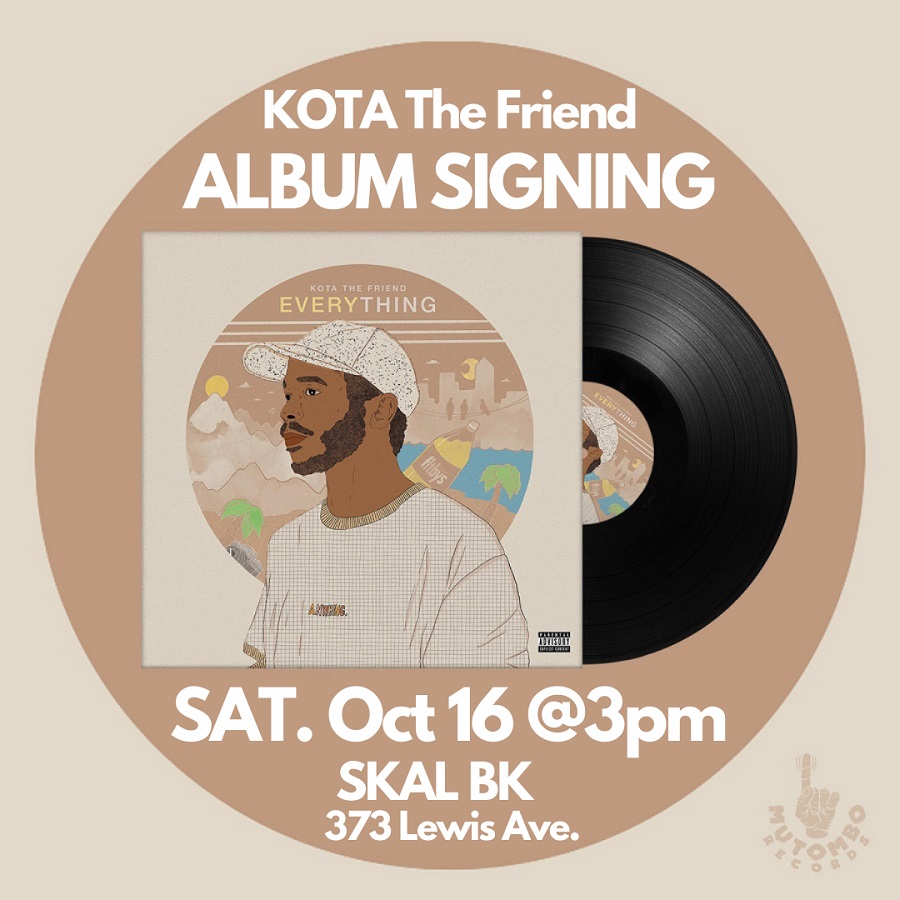 Although it might be his birthday, Brooklyn musician KOTA the Friend is giving his fans the gifts by holding an album signing for his album EVERYTHING on October 16.  EVERYTHING is KOTA the Friend’s fourth studio album and features appearances from artists Joey Bada$$, Braxton Cook, Bas, KYLE, and more.

The album also includes an interlude track by Lupita Nyong’o, the first song on the Biden/Harris Inauguration Playlist, and one from actor Lakeith Stanfield.   The multitalented Brooklyn artist will be holding the signing at Bedford Stuyvesant’s SKAL BK (373 Lewis Avenue) at 3:30pm on Saturday, October 16.