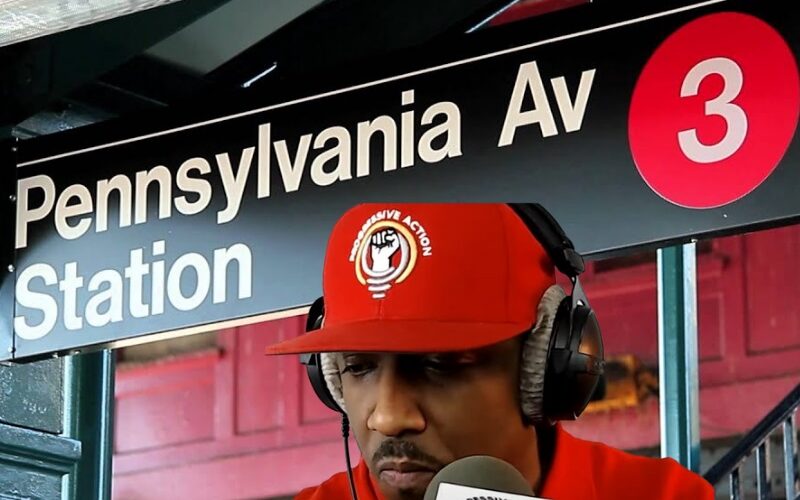 East Brooklyn residents are urged to join this week’s livestream discussion about Public Safety issues and solutions relating to increased violence on New York City subways and buses.  In the most recent attack on the subway in East New York, a woman was stabbed in the back  on the Pennsylvania Ave stop on the 3 line after bumping into a man by accident.  The woman apologized but the man repeatedly stabbed her. The fear of riding the subways is real.

The founder of Progressive Action, Tramell Thompson, will be the guest on this week’s VOICES of East New York with Nikki Lucas, SUNDAY May 16, 2021 @9am.  Thompson’s organization is a strong faction of transit workers that fights to improve safety conditions, for its workers and riders.  The organization also fights for its members on other issues, like improved wages and benefits. Thompson is a powerful voice among transit workers.  Hear what he has to say about violence and safety in the NYC transit system.  You can join the discussion on Facebook Live on the East New York News channel at FB.com/EastNewYorkNews.  Go to the page now and click Get Reminder to be notified 20 minutes before the show begins. 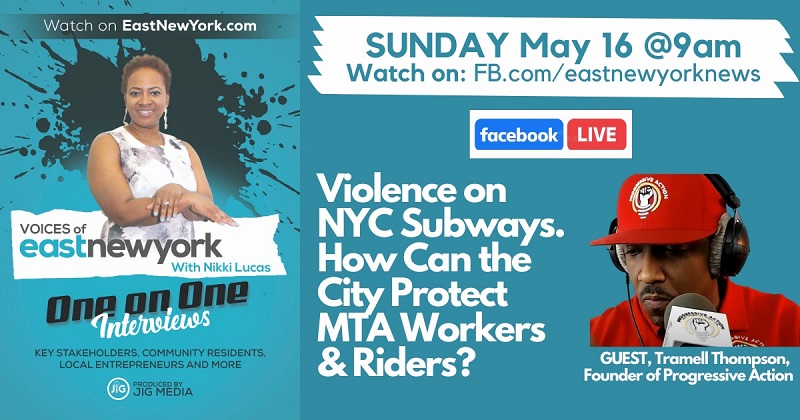