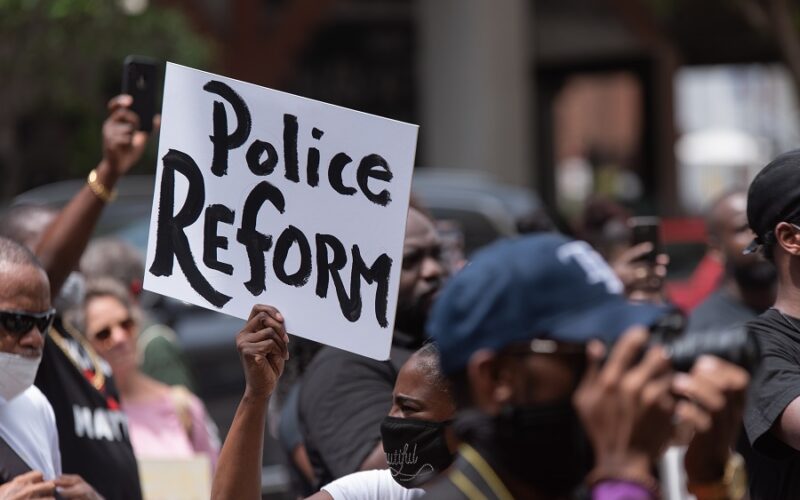 Everyone, who is honest, in New York City by now has to know that there is a problem with policing when it comes to the black community.  Blacks are harassed daily by police officers, and sometimes assaulted, or even murdered at the hands of police.

At the very least it should be easy for every lawmaker to agree that police reform is needed.  I am appalled to have read in a City & State article that there are only 5 Mayoral candidates that agree that police officers should live within the city where they work.  This is the very least piece of legislation that lawmakers should say yes to. Police officers living within the city where they work would have a better relationship with the residents within their jurisdiction.  We’re not talking about any real police reform here, like terminating bad acting officers after three substantiated complaints, which totally makes sense to me, and it is an actual part of the plan put forth by East New York City Council Candidate Nikki Lucas. She actually has the guts and strength to create a plan for real police reform that will make a difference in the lives of black New Yorkers throughout all 5 boroughs, but we have Mayoral candidates who cannot even agree to the simplest form of police reform.

The five Mayoral candidates who at least agree to sponsored legislation put forth by state Senator Kevin Parker (Candidate for NYC Comptroller) from Brooklyn and Assembly Member Catalina Cruz from Queens that would require all newly hired NYPD officers to live in the city, are Ray McGuire, Maya Wiley, Shaun Donovan, Andrew Yang and Kathryn Garcia.  Kudos to these five Mayoral candidates, but I was truly troubled to see that neither Eric Adams nor Scott Stringer are listed as agreeing to this simplest option of police reform.  If they cannot agree to having officers live within the 5 boroughs then how are they going to agree to real police reform like terminating bad acting officers, or holding officers accountable for any of their bad deeds. I might not know who I am voting for at this very  moment but I damn sure know who I am not voting for. As long as there is no real police reform we have to be prepared to continue to watch our brothers, fathers, sisters, mothers, uncles, aunts, grandmothers and grandfathers, as they are harassed, humiliated, assaulted and murdered at the hands of NYPD officers.  I did forget that Eric Adams was actually an NYPD officer for many years, so it makes sense for him not to be on the list for real police reform. I thought him being black trumped his being blue, but maybe I’m wrong.

To possibly have your political OpEd published send your OpEd to news@nycpolitics.com