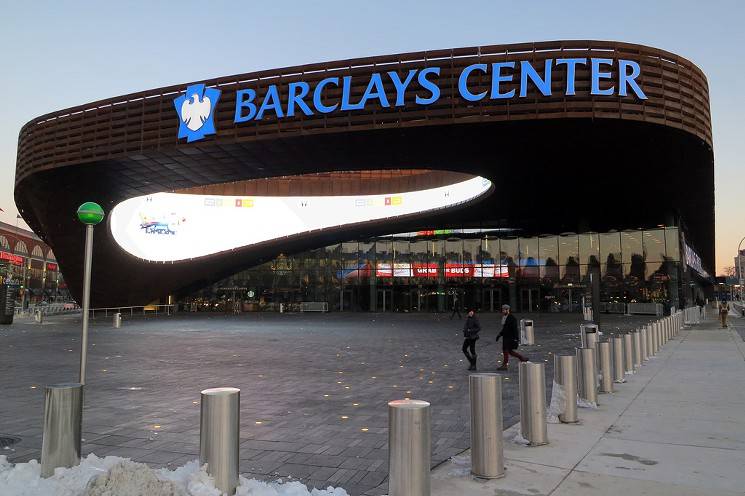 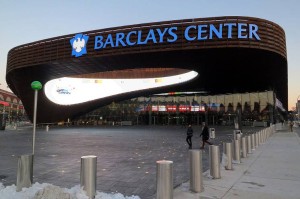 Russian billionaire Mikhail Prokhorov, who already owned 80 percent of the Brooklyn Nets and 45 percent of the Barclays Center where they play, completed his full set by buying the remaining shares of those two items from developer Bruce Ratner over the holidays. Prokhorov paid $75 million in cash and $210 million in promised future payments for the purchase; that’s way less than you’d expect based on the Ratner press release’s insistence that “the transaction values the team at approximately $875 million and the arena at $825 million,” but apparently he also took on a pile of debt in the deal.

The interesting part of the transaction, though, as uncovered by indefatigable Atlantic Yards Report blogger Norman Oder, is that the financial documents released then show that the Barclays Center is apparently continuing to lose money:

The Barclays Center had a terrible year financially in the fiscal year ending June 2015. Net revenues plummeted, to less than half the total once projected, and the arena lost some $9 million in what was (roughly) its third year in operation…
The arena’s net operating income (NOI) fell well behind expectations, to $38 million, due to declines in event and related revenues, while operating expenses remained high.

We’ve heard this before, particularly two years ago when it was revealed that despite being one of the top-selling arenas in the U.S. in its first year, the Barclays Center was still barely breaking even after paying off its construction debt, thanks to high operating costs and discounts being offered to performers to lure them to Brooklyn instead of one of the New York area’s many other arenas. (This will come as no surprise to professional arena managers, who note that it’s rare in these days of fewer touring acts and venue glut for an arena to turn even an operating profit, let alone pay off near-billion-dollar construction debts.) That seems to be even more the case now, and while the arrival of the Islanders this fall provides more guaranteed booked dates for 2015–’16, that’s not necessarily a good thing for the bottom line: More hockey means fewer nights available that the arena can be rented out for concerts, and the arena’s weird rent deal with the Islanders — the arena pays team owner Charles Wang a flat negative rent but keeps all ticket and other revenues — means that if ticket sales are slow, the arena could end up taking a loss on the NHL.

A Ratner spokesperson fired back at Oder on Wednesday, saying he’d misinterpreted the numbers, most significantly by ignoring the fact that $13.8 million in Barclays Center expenses was for a loan that the arena borrowed from Prokhorov himself, making it “the equivalent of monies paid to ourselves.”

That’s not really quite right — Ratner’s arena holding company and Prokhorov’s business are two distinct entities, which is the whole idea behind one being able to sell the Nets and arena to the other — but if Prokhorov is really wiping that loan off the books as part of this deal, it doesn’t make the Barclays Center a more profitable enterprise; rather, it just means that it might end up technically in the black if one of its lenders decides that he’d rather get to stretch out by himself in the owner’s box than actually have the building pay off its construction debts.

In any event, all of this means it’s a good time to wonder exactly what the hell Ratner and Prokhorov got out of this arena that has turned a large swath of Brooklyn upside down for more than a decade now. The purchase price on the last chunk of the arena valued it at slightly less than the construction cost, so while we don’t have access to Ratner’s bank statements, in all likelihood the developer is not quite breaking even on the money he poured into the arena itself. (Yes, he got a pile of public subsidies, but those were in the form of discounted land and tax breaks, so not anything he can actually put in the bank now that he doesn’t own the building.) He also got the development rights to a bunch of land where he can erect apartment towers, but that hasn’t been going all that smoothly, either, though at least a couple of buildings are now close to completion.

Prokhorov, meanwhile, has put in somewhere around $1 billion in order to own a historically awful NBA franchise, plus an arena that might just, if you squint, be able to break even. Of course, he might see this as a perfectly reasonable price to pay to be able to hang out with NBA players and do whatever the hell this is. He has more billions where that came from, anyway.

As for Brooklyn residents, we now have a terrible basketball team to watch, and a pretty decent hockey team, and a garish arena and some growing housing towers on a site that otherwise would probably have something similar anyway, given that pretty much every possible site in Brooklyn now has a ginormous apartment building going up on it. And any revitalization effect on the surrounding neighborhood has been mixed at best: There’s a Shake Shack and other new restaurants, certainly, but then, there were new restaurants opening in droves in that area even before the arena was planned; data provided to the Voice by the city Independent Budget Office doesn’t show any indication that more new businesses have opened in the Barclays Center’s 11217 zip code than in other nearby parts of Brooklyn. Meanwhile, the site of the old Triangle Sports sporting goods store, which was cited as the harbinger of a land rush when its owners closed it and put the building up for sale, is still vacant almost four years later.

It’s probably too simplistic to say of the Brooklyn arena that everybody ended up a loser, but we certainly haven’t seen any slam-dunk winners yet. So for now, man, is this turning out to be an epic train wreck, or what?