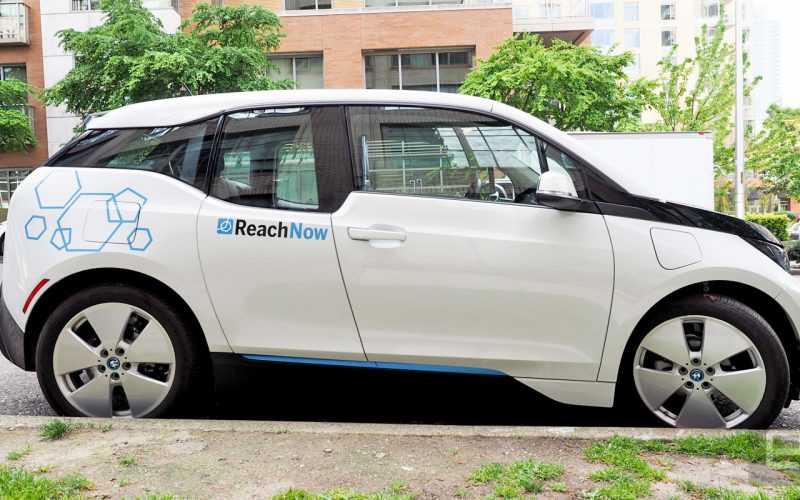 At the LA Auto Show today, BMW announced that its car-sharing service, ReachNow is expanding to Brooklyn starting today. The city joins Seattle and Portland as municipalities that have access to BMWs and Minis for one-way rentals within a set geographic range.

The company also announced that in December it plans to launch a ride-hailing service similar to Uber and Lyft in the Seattle area called ReachNow Ride. The new service will use the same app the company already uses for car-sharing. Users will have the option of choosing a ride from someone or reserving and driving one of seven types of vehicles currently available for rent in the city.

What sets ReachNow apart from soon-to-be-rivals Lyft and Uber is that drivers will use the company’s vehicles instead of their own cars. But as with more established ride-hailing services, the folks behind the wheel will be considered contractors, not employees. There’s no word on when this service will expand to Portland or Brooklyn, where ReachNow car-sharing is already available.

Indeed, Brooklyn is especially important to BMW. “Part of the reason we choose Brooklyn was we wanted to make it clear we weren’t just a West Coast solution,” ReachNow CEO Steve Banfield told Engadget. “We weren’t just a regional product. Our mission has been from the beginning to cover the continent.”

And while there are no announcements about additional markets, the company has been aggressively courting other urban areas including San Francisco where it had a similar car-sharing service called DriveNow. Unfortunately, city regulations about parking shut it down. But ReachNow is hoping to return soon. “We would love to take a look and come back to San Francisco.”

But in the meantime it continues to expand and add more services. In fact, today it also announced a pilot program (ReachNow Share) that allowed Seattle owners of 2016 and 2017 Minis to rent their cars to ReachNow customers.

Next Post"Class Divide: Breaking the Pattern of School Segregation" At BRIC Arts On December 1st!