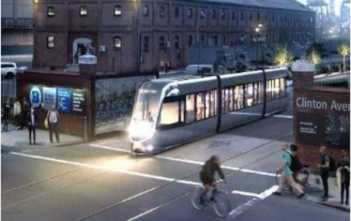 It’s been at least six decades since you could hop a streetcar and ride it from Queens to Brooklyn. That’s going to change. On Tuesday, the Mayor’s Office released a report detailing possible routes for the BQX Connector streetcar line, which will run parallel to the Brooklyn-Queens waterfront, from Astoria, Queens all the way down […]

Next PostThere’s a new app that tells you how to cowork in NYC, but not how to be a decent human