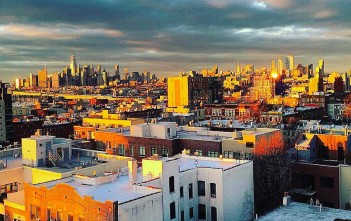 After lengthy negotiations, a tentative deal has been struck on a New York City tax credit which has been used to incentivize the construction of affordable housing. The Real Estate Board of New York and city construction unions have reached an agreement on the 421-a tax credit program, which provides housing developers with a significant  reduction in their New York City property taxes. The program expired last year, and must still be renewed by the New York State legislature.

The program has required developers in certain neighborhoods to construct some affordable housing as part of their projects.

“The deal reached…provides more affordability for tenants and fairer wages for workers than under the original proposal. While I would prefer even more affordability in the 421-a program, this agreement marks a major step forward,” Governor Cuomo said in a statement.

Wages were at the crux of the 421-a negotiations between developers and the building trades unions. Under the deal reached last week, developers who receive the credit must pay an average hourly wage of $60 (this includes benefits) to workers constructing buildings in Manhattan, and $45 to workers in Brooklyn and Queens, Curbed reported.

The wage deal applies to new buildings with 300 or more apartments, Curbed noted. Buildings in Brooklyn and Queens Community Boards 1 and 2 — “within a mile from the nearest waterfront bulkhead” — are covered by the wage requirement; in Manhattan, new buildings south of 96th Street are also included.

Developments that offer more than 50 percent of their units as affordable can opt out of the wage requirement, Curbed said.