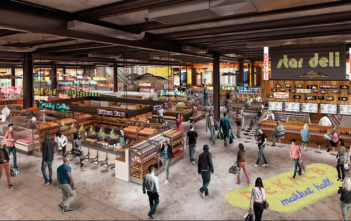 A new food hall set to debut this fall in Downtown Brooklyn is the latest venture to delay its opening at the massive City Point development. The DeKalb Market Hall (445 Gold St.) will open in 2017 instead of this fall as planned, The Brownstoner reported. The news came after Trader Joe’s and Alamo Drafhouse both announced […]