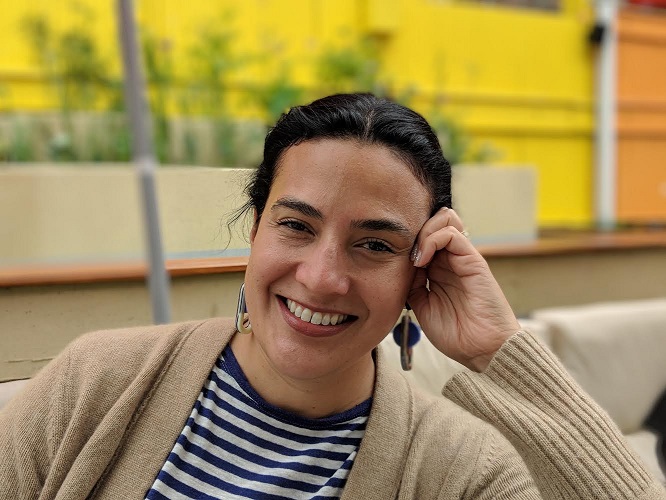 While the primary election will be on June 28, 2022, mail-in ballots can be requested through June 13, and early voting begins on June 18.

Born in El Paso, Texas, and raised in Washington, D.C., Olivas learned early the value of public service. “One of my first memories is watching my mother wade across the Rio Grande into Juarez to provide diapers and formula to women in need,” said Olivas. “I’m running to bring that same sense of purpose to the New York State Senate and to provide an example to my own daughter.”

Olivas is a long-time activist on essential issues facing Greenpoint and the surrounding communities, the owner of a lifestyle brand of sustainable fashion, an artist, and an avid environmentalist. She serves as the vice president for community outreach for the Ruth Bader Ginsburg Democratic Club and a judicial delegate for the Brooklyn Democratic Committee.

In the aftermath of 9/11, Olivas volunteered with the Red Cross next to The Pit at Ground Zero. When Superstorm Sandy devastated the Rockaways, she was on-site working clean-up. As each ravaging wave of the pandemic tore through our city, Olivas has been on the frontlines with her community.

Key issues for Olivas include:

Olivas will be embarking on a listening tour of the two-borough corridor that makes up the new State Senate District 17. Embracing fully her campaign slogan, “Olivas for the People,” she plans to visit every neighborhood and hear from real New Yorkers on the issues that matter to them most.

Voters can learn more about Olivas’ plans for New York at her website, www.olivasforny.com.

Next PostVIDEO: Andrew Walcott is a CPA & Owner of Fusion East Restaurant But He Explains Why He Hired An Accounting Firm To Handle His Business Financials