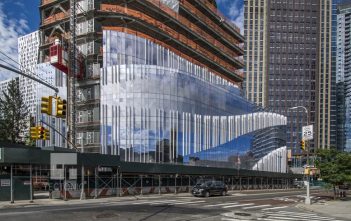 Workers are installing a curved facade on a 12-story office and health center for New York City Hotel and Motel Trades Council’s Employee Benefit Funds at 620 Fulton St. in Downtown Brooklyn, according to YIMBY. Photos by Tectonic showed wavy glass surrounding the first six stories of the 133,000-square-foot structure. The facade reaches 177 feet into […]

Next PostThe 10 best cheap things to do in Brooklyn this week, short-week edition