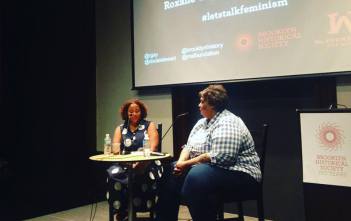 “Feminism is not dead,” declared Angélique Roché, Ms. Foundation’s vice president of external affairs, standing before the sold-out auditorium at the first installment of Let’s Talk Feminism. Grunts of approval rippled through the audience. Tuesday’s event was part of a lecture series hosted by the Ms. Foundation for Women and the Brooklyn Historical Society, which will feature more […]