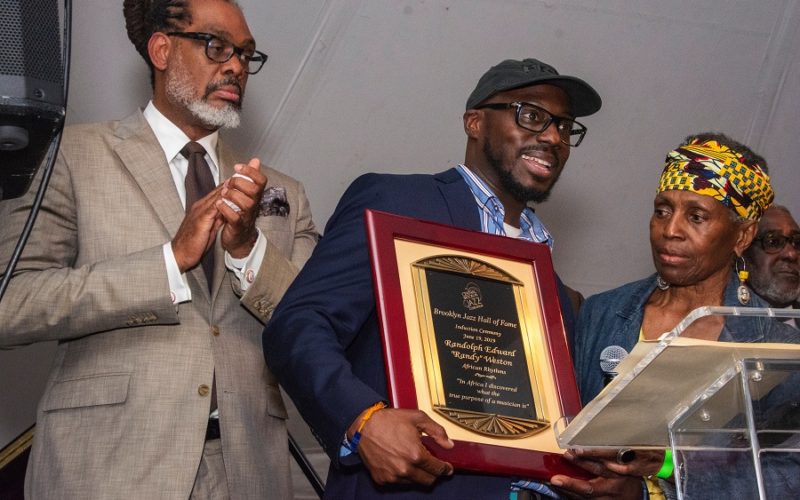 “Central Brooklyn is blessed to have had jazz giants such as Max Roach, Roland Alexander, Betty Carter and Randy Weston share their voices for and with the community,” stated Chairman Clarence Mosley, Jr. during the ceremony.

Randy Weston joins jazz greats, Lena Horne, Herbie Mann, Cecil Payne and others in the BJHoFAME. Membership is based on several factors, including the social impact of the musician. Weston was an advocate of the African origins of music, and the rhythms he used became a component of jazz. Weston’s induction compliments the program’s Juneteenth and Black Music themes.

To stay updated on jazz in Brooklyn, visit CentralBrooklynJazz.org