New Friends Of The BQX Poll Shows Support For Streetcar 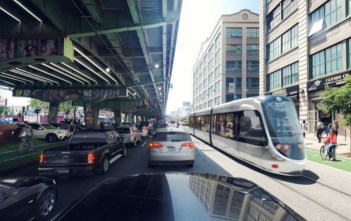 A poll released Thursday by a pro-streetcar group shows favorable support for Mayor Bill de Blasio’s Brooklyn-Queens streetcar project. The poll for the Friends of the BQX — also known as the Brooklyn-Queens Connector — shows a 74 percent support rate and a 16 percent opposition for the trolley from voters living in seven City Council […]

Previous PostCongressman Hakeem Jeffries Among 'Most Beautiful' in D.C.