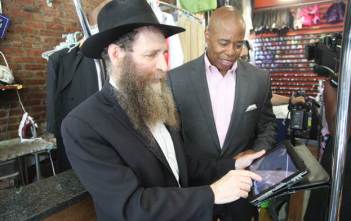 Brooklyn Borough President Eric Adams has introduced Operation Safe Shopper, a pilot program between civic groups and the NYPD in which security cameras will be installed throughout commercial strips borough-wide to aid in stopping crime. Adams revealed the program, in which the cameras will be funded with grants of $2,500 from Adams’ office, on July 12 […]

Next PostTune up with tunes: 4 ways to attach a speaker to your bike this summer