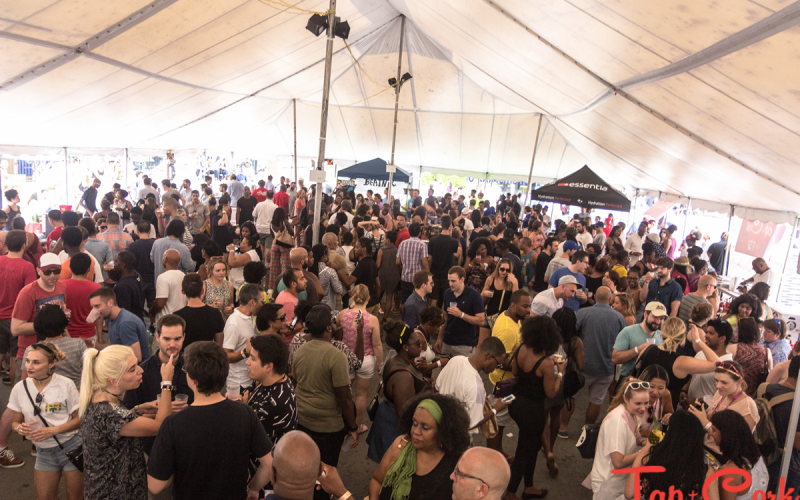 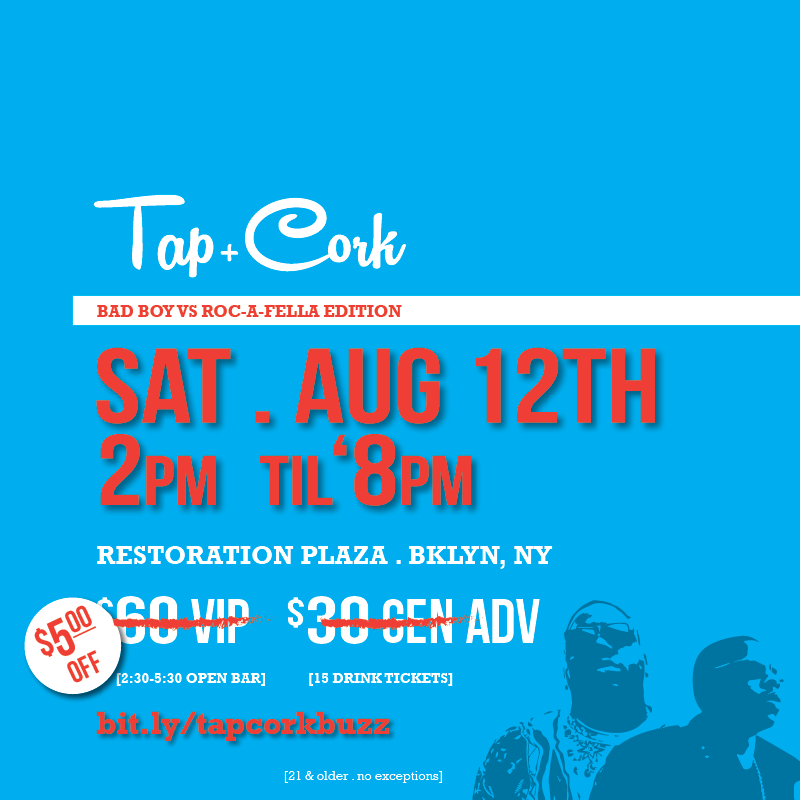 The fifth annual Tap+Cork festival is back in Brooklyn on August 12th, bringing its signature class and style to the city streets. From 2pm to 8pm, the festival, also known as the Brooklyn Beer & Wine Fest, will feature tastings of craft beers and artisanal wines, a large selection of food vendors, music headed by DJ CEO and Christopher Sealey, live entertainment, and much more!

Tap+Cork will be held at the Bedford-Stuyvesant Restoration Plaza at 1368 Fulton Street, Brooklyn, NY. General Admission includes 15 drink tickets, a commemorative sampling cup, and access to the food court for $30. The Top Shelf VIP Admission includes access to the #Drinkbetter VIP Lounge, priority entry, exclusive tastings, and complimentary food and tasting cup, all for $60. The VIP tickets are only available until August 1st. Additional drink tickets can be purchased at the festival.

To save $5 on the General or VIP Admissions, use this exclusive link: bit.ly/tapcorkbuzz

Next PostJournalism Workshop for Ditmas Park Teens On Tuesday, August 1st At The Brooklyn Public Library