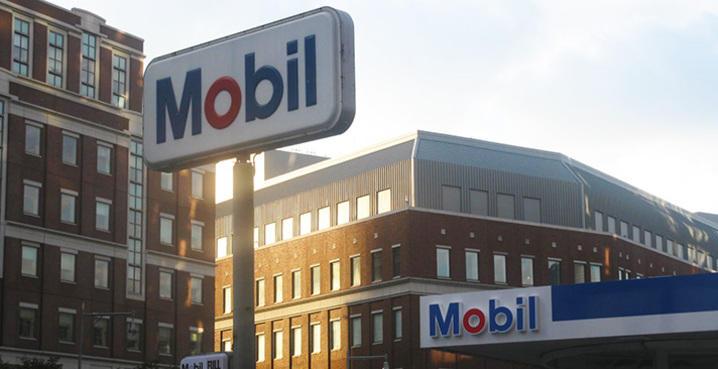 Nearly a dozen gas stations are closing in Brooklyn a victim of the surge in real estate development there. The borough president is leading a push to address the issue. Borough reporter Jeanine Ramirez has the story.

The driver of this car says it took him several loops around Brooklyn to find this gas station on 3rd Avenue and Bergen Street.

“Before coming here I tried going to another one and it just completely disappeared,” the driver said. “Like it was on my GPS but I couldn’t find it. So I just came here.”

But it won’t be here for long. This gas station is closing to make way for housing — a situation repeating itself around the borough.

On Atlantic Avenue and Henry Street, an apartment house is rising where another Shell station stood. Nearby,  at the Manhattan Bridge entrance, a hotel has replaced a Mobil station.

“We have to go a far distance just to fill up the gas,” said one cabbie. “It makes it bad for us.”

“It is a land grab like the California gold rush,” said Brooklyn Borough President Eric Adams. “We’re losing some of the basic services that complement the running of our borough.”

He says the lines of cars waiting for gas after Hurricane Sandy will be become a more common sight with the closures. And emergency response vehicles will lose places to fill up.

He’s holding a hearing Thursday to examine the problem, inviting experts like AAA which says the city’s growing population will require  more stations.

“We’re seeing more and more vehicles register in the city of New York,” Adams said. “An additional 100,000 over the last five years.”

The New York League of Conservation Voters is pushing for electric cars but says the city’s infrastructure does not yet support them.

“The whole issue with a zero emission vehicle is that you have to charge it. You can buy it. You can have an incentive to buy it but once you have it, how do you make sure you can keep driving it?”

The hearing takes place at the Borough President’s office Thursday at 6 p.m.