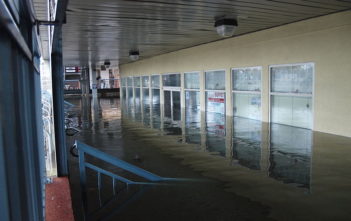 As Brooklyn — and the rest of the U.S. — were transfixed by the presidential elections, U.N. scientists released a new report with direct relevance to our area. According to an analysis released Tuesday by the World Meteorological Organization, Superstorm Sandy was one of several “high-impact” global weather events over the last five years whose […]

Next PostGreen Party Presidential Candidate Wins Over 11,000 Votes Across Brooklyn