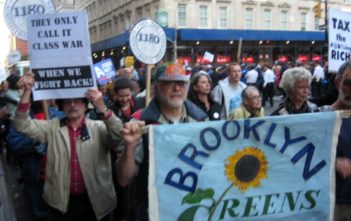 As she did across the state, Green Party presidential candidate Jill Stein secured a percentage and a half of Brooklyn’s vote. Stein received 11,165 votes from Brooklynites in Tuesday’s historic election, according to the New York City Board of Elections. This year’s other third party candidate for president, Gary Johnson of the Independence and Libertarian parties, won […]

Next PostDining Review: Support Tacos On Every Corner, Especially If They’re From Reyes Deli & Grocery