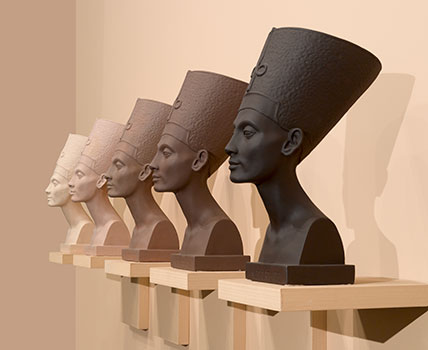 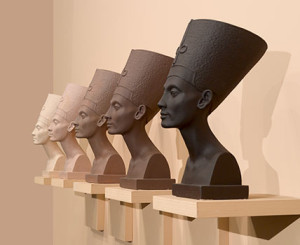 About:
“Since taking the helm of the Brooklyn Museum in 1997, Arnold L. Lehman has expanded our collections to include exceptional works from around the world and across the centuries. To honor his vision, and to mark his retirement as Shelby White and Leon Levy Director in the summer of 2015, this installation highlights the scope of the Museum’s collecting accomplishments, underscoring our commitment to diversity in all its forms, under his leadership.

Diverse Works: Director’s Choice, 1997–2015 includes a selection of one hundred works from the nearly ten thousand acquired during Dr. Lehman’s tenure, including objects that range from an ancient Chinese mythical carved figure (5th‒3rd century B.C.E.) to contemporary works by Kiki Smith and Chuck Close. Additional highlights include Kara Walker’s Keys to the Coop (1997), a linocut that depicts an African American woman in silhouette, holding the severed head of a chicken; a silver Song dynasty reliquary (986) inscribed by the artist Li Lingxun; and the biomorphic Spacelander bicycle (1960), one of the rarest and most sought-after industrial designs of the mid-twentieth century.

Diverse Works: Director’s Choice, 1997‒2015 is organized by the curators of the Brooklyn Museum in honor of Arnold L. Lehman.

Next PostPing Pong Tournament At Brooklyn Eats On Myrtle!