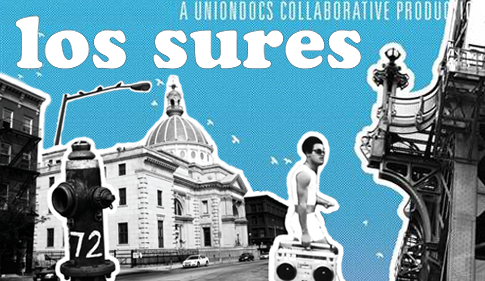 About:
“Free screening of Living Los Sures, the beautifully restored 1984 documentary about the lives of the Latino residents of the Southside of Williamsburg. Known as Los Sures, the neighborhood was one of the poorest in New York City in the late 70s and early 80s. In fact, it had been called the worst ghetto in America. Today, it is the site of a battle between local identity and luxury lifestyle.

“Los Sures is both an invaluable record of pre-gentrification Brooklyn and an ode to a community’s resilience.” – BAM

“Los Sures pierced through that outward facade and showcased the complex lives of the people who called this Dominican-Puerto Rican neighborhood home.” –The Atlantic

“Rather than being another cynical movie about what New York used to be, the restored film reveals rare images and personal stories that uncover what made this community so distinctive.” – i-D

“Marta’s trip to Key Food with her four daughters, ranging in age from grade-schooler to teen, exemplifies Echeverria’s gift for capturing detail-dense moments in the most casual way.” – Village Voice.”

Previous PostCheck Out The FREE "Bring the Cool" Family Festival On Saturday, June 10th At The Brooklyn Museum!

Next PostFREE Yoga & Poetry At The Central Public Library On Sunday, June 11th!