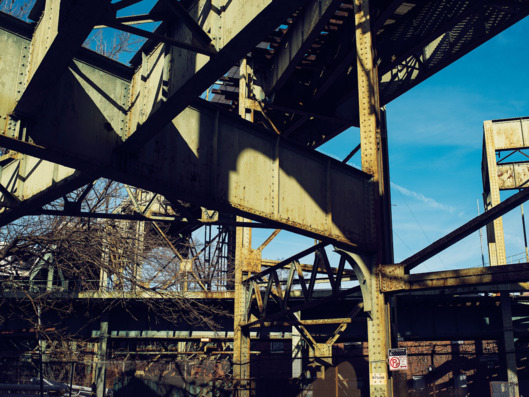 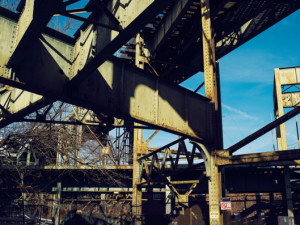 “One drizzly December day, real-estate broker Keith McLaurin was driving a silver minivan down Arlington Avenue in Brooklyn, a few blocks from the East New York station on the Long Island Rail Road. He pulled over in front of an aluminum-sided house with a battered brown awning and called out to the young man on the stoop, whose sweatshirt read IN MEMORY OF WHEN I GAVE A SHIT.

McLaurin, an electrician who lives in Brooklyn, moonlights at a firm called Exit All Seasons Realty. He specializes in situations of distress. Before making the house call, he had told me that he works to match homeowners facing foreclosure with private investors who are searching for deals. “They hire me to come in and find these properties,” McLaurin said. “And they’re willing to pay me handsomely to do this.” He said three different prospective buyers were interested in this house. He bounded up its front stairs and through an entryway decorated with faded pictures of the Virgin Mary.

On the psychographic map of a historically segregated city, the sprawling slums of eastern Brooklyn have long been considered too impoverished, crime-ridden, and hazardous for investment. But today, in an economically transformed New York, the territory represents some of the city’s most important—and contested—real estate. Speculators seek profit where others fear to venture. They are rushing toward the margins ahead of an economic upheaval that people in Brooklyn real estate call “the wave.” But the area is equally valuable to Mayor Bill de Blasio, who is eyeing it for affordable housing, his signature political initiative. To both investors and public-policy-makers, the decrepitude of these neighborhoods represents a rare, and perhaps perishing, opportunity. They’re priced for the poor—at least for now.

The wave has already churned through Bushwick and Bedford-Stuyvesant, where median home prices have roughly doubled since 2010. As McLaurin stood on Arlington Avenue, a rowhouse on nearby Moffat Street in Bushwick—purchased for $260,000 out of foreclosure last February—was on sale for $1.1 million. But here, just across Cypress Hills cemetery, the median price was only $400,000. The people McLaurin was working with, whom he would identify only as “private investors,” were anticipating that they could get the house for a drastically discounted cost, since it appeared to have a delinquent mortgage. But first, McLaurin would have to persuade the house’s occupants to sell.

Jerry Joseph—“Ice” to his friends—was in his first-floor bedroom, watching daytime television, wearing a fleece sweat-shirt and a winter hat. The house’s heat and electricity had been shut off, and Joseph was siphoning power for the TV from next door. The bank sued to foreclose on the house’s mortgage in 2010, around the time its owner, his stepfather, died of cancer. “Everything, like, you know, crashed,” Joseph said. His mother had since moved in with a daughter, and Joseph said no one had made a payment in years. He gave us a tour, his breath visible as he showed us the kitchen. Joseph’s nephew—the guy on the stoop—lived upstairs, and another bedroom was filled with belongings of the nephew’s two children and their mother. “She’s supposed to move in because she’s getting kicked out of the place where she is right now,” Joseph said. “You know how it is, they can’t be homeless.”

The high cost of housing is a vexing issue for New Yorkers at almost every income level, particularly those in Brooklyn, which was recently identified as America’s least-affordable home market (relative to incomes) by RealtyTrac. What’s a frustration for ­middle-class buyers amounts to a desperate crisis for poor renters. NYU’s Furman Center for Real Estate and Urban Policy says that more than three-quarters of low-income households in apartments spend a burdensome amount on rent.

De Blasio’s $40 billion housing plan calls for building or preserving 200,000 affordable units citywide, but most of the actual capital investment is supposed to come from the private sector. In wealthy neighborhoods, the city plans to rely on a zoning policy mandating affordable set-asides in new developments. In markets that throw off less heat, the city will use zoning and other incentives to encourage construction. In East New York, the promise of investment has had a perverse effect, pushing land and housing costs higher as speculators try to get in ahead of the redevelopment. According to RealtyTrac, home prices in the redevelopment area’s Zip Codes have risen by 30 to 45 percent over the past two years, and developers say local landowners have recently doubled or tripled asking prices. The more the wave swells, the more expensive it will be to build—and the more elastic the term “affordable” may have to become to meet de Blasio’s goals.

Even as he prospects for property on behalf of speculators, McLaurin recognizes that his neighbors in eastern Brooklyn have a dire need for affordable housing. “I am a victim of a battle within,” he told me. But he says he sees his work as a service to distressed homeowners. McLaurin himself was caught in a bad mortgage back in 2008 and says he learned to navigate a bewildering system. “I offer free advice to those that will listen,” McLaurin said. Of course, it’s hard to advise someone who can’t afford to stay in a house but has no place else to go.

“This is the last chance for the city to get it right,” McLaurin said of the mayor’s initiative. “Because you can’t go any further east in Brooklyn.”

Next PostEnjoy A Cup Of Joe At Blue Bottle Coffee!