The Next Artist To Surface The Air: Kay Anthony 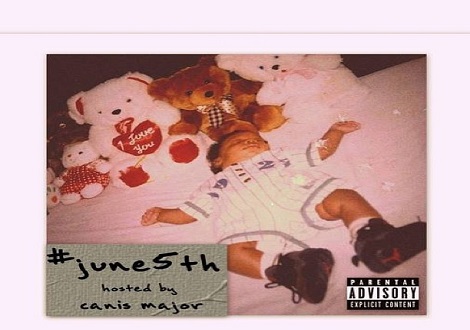 Kay Anthony is a 17 year old Brooklyn hip-hop artist on the rise. With over 3k views on his music videos on YouTube alone, he is definitely considered an internet sensation. He has been featured in Vibe magazine three times in one year, so we know that he certainly has some industry eyes on him.

Check out my interview with Kay below, as well as a few of his music videos!

* At 17 years old, you are among the many young aspiring rappers emerging from not only NYC, but all over the world. How do you receive exposure and maintain relevancy?*

I received exposure by just pushing outside of the bubble of just NY people. And basically relevancy is just you staying true to who you are and staying consistent. Progression is key as it should be for any artist.
*Who inspired/inspires you music wise? At what age did you start rapping?*
Definitely Outkast ,Nas , J.Cole, Kendrick Lamar,  you know the people that actually make sure they make music for their core fans before falling victim to radio hits. I started rapping at age 7, I remember bumping “Word Of Mouf” by Ludacris, reciting all the lyrics.
*Your music videos have over 1,000 views, so it’s obvious that you have a following and some buzz. Are you in total control of how the director portrays you/your song when creating a music video? Or do you leave it all up to the director?*
I’m in control of everything I put out. It’s all my vision, no one can paint my art better than I visualize it.
*If you could collaborate with any rapper now and any rapper that has deceased, who would it be and why?*
Hmm, I would collaborate with the homie Isaiah Rashad from TDE. He reminds me of myself, a young rapper emerging out of the slums. And, me and Big L would really make some crazy music .
*What are your music goals for 2014? Are you working on getting signed to a major record label or going on tour?*
My goals are to continue to get heard, and making  sure my music progresses. And as far as touring, I’m hitting Aspen, Colorado to do shows in March, from there SXSW, and then will just be hitting all over. As for a major label, i’d really only settle for a deal from Top Dawg Entertainment.
* How often do you perform? What is your favorite location to perform at?*
I perform twice a week,every month. And Williamsburg is my favorite location.
*Have you had any of your songs played on the radio yet? Or any videos on television?*
My music has been played on a lot of underground stations, and I heard Texas plays my music on the regular. My current video “Practice What You Speak” actually hit MTV, I haven’t seen it shown on TV since but it’s on the website.
*Where do you see your career taking you in 5-10 years? Do you plan on attending college?*
I see myself branching off doing other things besides music, starting my own business because I’ve already accomplished my dreams.
*Is music your only career plan? If not, what else are you interested in pursuing?*
Rapping is not the only thing I want to,  but my other job I’d like to do is music journalism. I like writing and learning about new rappers or artist period.
* Where can people keep up with your progress?*
twitter @kayanthonyth3rd