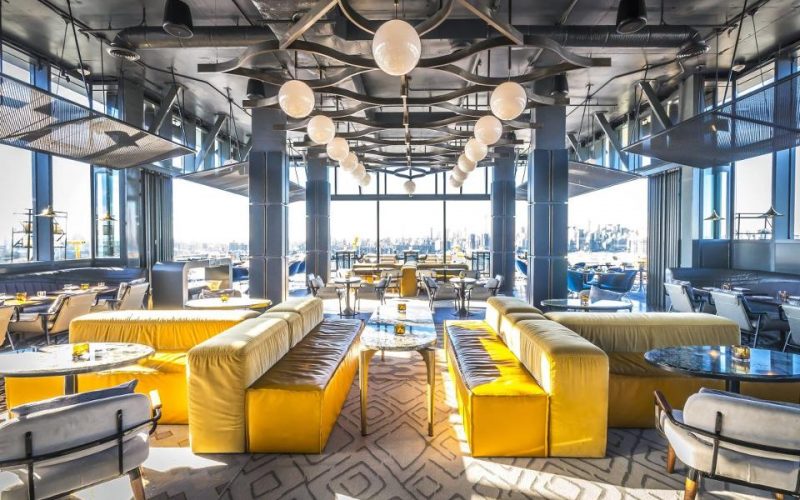 When the Wythe Hotel opened in 2012, it helped put Brooklyn on the tourist map. With it, New York’s hippest borough, and its hip neighborhood of Williamsburg in particular became a place for visitors to base themselves overnights rather than just a place for dinner or a concert. (It’s a five-minute subway ride to Manhattan.) And for years after that, it and the McCarren Hotel, by the lively park of the same name, were the only game in town.

Not anymore. After months of construction that had neighborhood residents wondering what was up with the trippy, futuristic design and tall height of the building that was going up, the William Vale Hotel opened in September. It’s the first of three new hip luxury hotels debuting around now in a five-block radius.

Next PostCheck Out "The Black Lunch Table Wikipedia Edit-a-thon" At Bric Arts Media On December 10th!