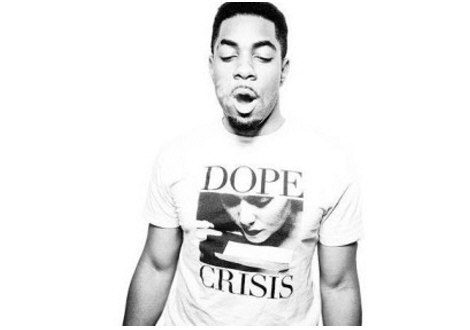 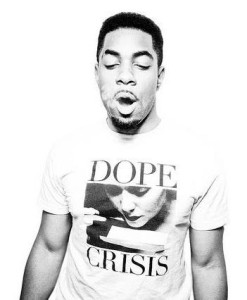 Rocko Seymour is a 21 year old director residing in Williamsburg, Brooklyn. He has had work debuted at the Tribeca Film Festival, and has shot music videos and commercials that have been on sites such as Thisis50, The Source, Hypetrak and many others! He is the CEO of Supreme Cinema; a  film and production company  which is a team of editors, cinematographers, writers, and directors who wish to shine a light on experimental and radical artistic endeavors in film. With accomplishments under his belt, a blooming company, and a creative mind, Rocko is preparing to put a new, youthful spin on the film industry.

Check out my interview with Rocko and his brand new film reel debuted here EXCLUSIVELY at Brooklyn Buzz below!

*Who inspired you to get into film? What were you into before you were interested in film?*

I had a girlfriend who’s father was very associated with the film industry. His house had an entire basement of films and old school movie posters, I felt that she had a real snobby view on movies because she would always shun anything that wasn’t an Oscar film or a touching indie flick and one day she told me she was going to write a script and I just couldn’t fathom another dull color-within-the-lines movie being made so I wrote one as well because if she could then so could I. After writing 104 pages I showed it to my amazing theater teacher Ms. Parr and after a few conversations on the topic she told me that I wanted to be a director. Before film I was in a metal band. We actually recorded music and did a few shows and as we’re about to hit our full potential my best friend who was the drummer enlisted himself in the marines and the guitarist in the Navy. Our senior year was coming to a close and we all had to make some hard decisions. We’ve all been successful in our endeavors but I know if we kept going we would’ve been on the verge of making it right now.

*What was your first music video shoot like, and how have you improved over the years?*

My first shoot was a request from a film fellow. My friend Jade was in a film program with me and she was really into music so she trusted me to shoot it, I had an HD camera like one of the first few pro-consumer HD camera’s A canon XL-H1, a tripod and my concept got scratched because none of the models showed up so I shot them in locations around Williamsburg (circa 2010) and it came out colorful with a 90’s vibe which was all I really wanted for it. Over the years I learned more about the science of cameras, color theory, lighting all these other factors that if used properly can stimulate the response you want from people and I realized style is very key. If you’re a generic artist you’ll just be sought after for generic things. Be interesting, be yourself; there are people who want what you have to bring to the table.

*I know you are interested in creating feature films as well. When do you plan on creating your first one?*

You should always pre-game before you party, I’m still learning and growing as an artist but it wont be too long before I get to the celebration. The film game is very different now than before, there are more places for fresh films to go and be seen and the movie goers are requesting more radical abstract things instead of explosions and rom-coms. The world is getting close to being prepared for what I want to show them. So far I’ve developed at least 5 feature film ideas that I’m confident I can easily get backing for, but they’re so timeless and amazing that I’m in no rush. when Hollywood is ready I’m ready.

*Who taught you about film and video? Were you self taught?*

I learned most of what I use from these two film programs in NYC when I was in high school. They only select 20 kids from the state and I was worthy enough to get in, both ran by Tribeca Film Institute so it was really a top notch insight. I went to film school shortly after and then immediately began an internship with a production company and I learned that everywhere I went I kept learning the same things and whenever I wanted to figure something else out I didn’t wait i just looked it up and then practiced it. Lately I’ve been reading every book about film and screenwriting I can get my hands on. All of this information is really just waiting for us to grab it.

*Who do you look up to when it comes to directing styles?*

When it comes to directing I really appreciate Gaspar Noe and Stanley Kubrick. If I could only watch Gaspar Noe & Stanley Kubrick films for the rest of my life I would be completely fine with that. They penetrate the psyche on another level with the film medium, it goes beyond just your eyes and a projection, it really messes with you. Gaspar Noe uses a frequency in his film “Irreversible” that if played at high volumes could cause nausea. That mixed with nonstop rotating camera movements of people doing crazy shit sends people running out of the theater and they don’t even know why…If you stay and watch the rest you’ll feel sick regardless. Kubrick was very innovative and whenever I watch a film he directed I wonder why every movie can’t be great, not the same content, but just made with the same amount of care and passion.

*What do you want to be known for in the film industry?*

I want to be known for representing a generation, somewhat like John Hughes (“Breakfast club”, “Pretty In Pink”) but for this Afro-centric, rebellious, eccentric spiritual breed of people that are out and about right now. Not just films about them, but films they would love to see like a mixture of “The Matrix” and “Springbreakers”, a very animated perspective of the universe. Things that are insane and vibrant but bleed substance.

*How did you come up with the idea of Supreme Cinema? How is it doing at the moment?*

Supreme Cinema was something I thought of in college, a term I’d use to describe the kinds of films I enjoy. Any type of film, movie, or moving image that provokes thought on a level that’s all too real where the viewer cries tears of sorrow or joy, or questions their own life or reality afterwards are worthy of the title Supreme Cinema. It is also the name of my production company! Right now we’re going at a great pace, we’re in a phase where we simply will not do a project that doesn’t represent our values. We know it’s a competitive market but we’d rather get day jobs than to be the cause of anything we believe to be remotely mediocre visuals. If there’s ever a lack of gigs we produce our own projects (Hearing Evil, Hurtjohn, If Looks Could Kill) which show off our style more than anything because they come directly out of our pockets, our minds and our hearts. It’s a fulfilling experience to manifest something that not too long ago was just a day dream. I’ve been making attempts to introduce Supreme Cinema to the fashion world recently because I feel like there’s so much room and so much freedom for abstract and experimental concepts to be utilized.

*What advice would you give to up and coming filmmakers? Would you advise them to go to film school or to study it themselves?*

If you’re an up and coming filmmaker in this era you have to learn everything, even if you only want to do one thing in particular you have to learn how to do everything so you can do that one thing conscious and aware of how it will fall into place with everything else no matter what your role is. Film is a joint effort of sometimes hundreds of people all doing a great job and ultimately making an amazing film that will be talked about for years to come. Showing up really is half the battle, if this is what you love it’ll flow and be willing to learn anything you don’t already know. The people who inspired you will be gone one day and another great artist will have to fill that void, hopefully it’s you. If your not that confident in your skills at the moment, it’ll keep your parents at ease if you go to film school but if you really want to get your hands dirty, there are professional film sets looking for PA’s and interns all the time and if your dedicated, when the time is right you’ll eventually have everything you need and you’ll be ready to compose your own project. Some of our favorite directors never went to film school, they managed to understand the science of movies by watching and analyzing. Either path can yield great results depending on your attitude.

*Where can we keep up with your work?*

Head to www.supreme-cinema.com whether it be today tomorrow or a year from now as long as the internet exists this will be the home for my visuals.